Seal Block Week 12: The Independents and FCS cheer them on to their rivals

To finish off Seal Block's regular season, we consider the FBS Independents. Because there are only four and we know you need quantity as well as quality in order to best kill time, we're also including the six FCS schools that "won their way" into Seal Block by defeating FBS schools this year. Congratulations, FCS schools! The symbols of your identity can now be made the subject of fun. 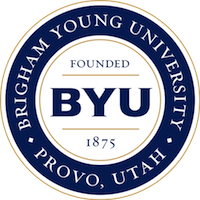 10. BYU
What it's trying to say: A commonly used short form for "Brigham Young University" is "BYU."
What it's actually saying: Please don't think too much about the life and times and wives of our school's namesake.
At least at New Mexico State, someone had to have had a tiny glimmer of inspiration to say, "I know! Triangles!" BYU couldn't even reach that level of creative process. 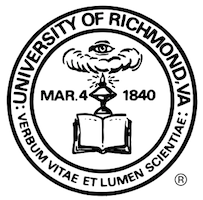 9. Richmond (def. Duke 23-21)
What it's trying to say: May the Eye of Providence watch over our search for knowledge.
What it's actually saying: Why are they setting an eye on fire?
Once you start going freaky with the imagery, bringing in clouds and disembodied eyes, you have to go all in with the freakiness. You can't wuss out and put a book and a flame in the bottom half of the seal. Richmond is a noted center for advertising companies (VCU's advertising graduate school is considered among the best in the nation) so you'd think some Don Draper type would have pitched them a better seal. 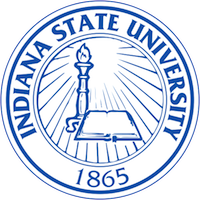 8. Indiana State (def. Western Kentucky 44-16)
What it's trying to say: We read books by candle light.
What it's actually saying: There are TWO LIGHTS!
I didn't dock Indiana State for having a book with no writing in it. I think it's clear from the direction of the lines that there's a second light source above the candle that is so bright that it's making the writing invisible. Craig thinks ISU should use this as the image on their seal instead, and I can't say he's wrong. 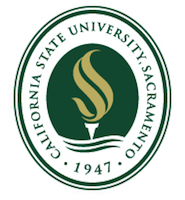 7. Sacramento State (def. Oregon State 29-28)
What it's trying to say: Our seal design committee did a great job!
What it's actually saying: If you're really careful, you can fit the initials "SS" into your seal without making people think of Nazis.
Sacramento State used to use a version of the Great Seal of California and that was awesome. Then someone said, "We need a seal unique to Sacramento. I know! I'll form a committee!" And thus a committee was born, and in turn it soon gave birth to a bland and uninspiring seal. 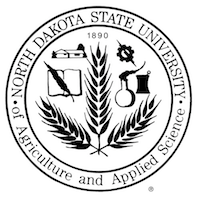 6. North Dakota State (def. Minnesota 37-24)
What it's trying to say: Corn! And other stuff too. But mostly corn.
What it's actually saying: Did we mention the corn?
It's the T.G.I. McAppleChili's of seals: just a bunch of crap thrown on the wall, and most of its ingredients are made of corn.

5. Sam Houston State (def. New Mexico 48-45)
What it's trying to say: It's Sam Houston!
What it's actually saying: That's Sam Houston all right.
Unlike BYU, Texans are not unwilling to put the founder of their religion on a school's seal. The official religion of Texans is, of course, Texas. 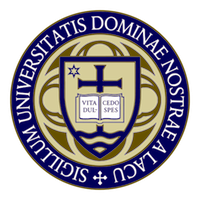 4. Notre Dame
What it's trying to say: Holy Mary, Mother of God, pray for us sinners, now and in the hour of our exams.
What it's actually saying: Is the pope Catholic?
The six-pointed star in the upper left of the shield is the Star of Mary, not the Star of David, which is how you know we're dealing with Catholics and not Jews for Jesus. The full name of Notre Dame is "Notre Dame du Lac," hence the waves at the base of the shield. Everything about this screams popery, which is as it should be. 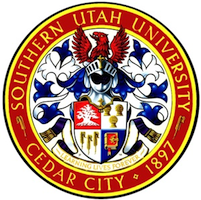 3. Southern Utah (def. UNLV 41-16)
What it's trying to say: Even in Southern Utah, we are aware of the existence of heraldry.
What it's actually saying: It's Arkham University! Meet the dean, Harley Quinn.
When I did a GIS for Southern Utah's seal and got the above result, it was the biggest positive surprise I received in searching for school seals. I did not expect it to be that awesome. A nice shield and helm, a rising phoenix, blue and white mantling all over the place - it really disguises the fact that "Learning Lives Forever" is a pretty lame motto. 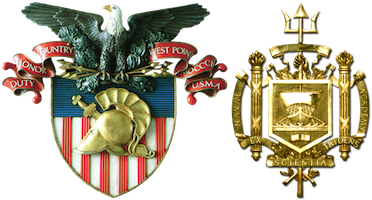 1T. Navy
What it's trying to say: Sea superiority through science!
What it's actually saying: Try as you might, you are unable to avoid making a Village People reference.
1T. Army
What it's trying to say: We impart the warrior wisdom of Pallas Athena.
What it's actually saying: Oh crap, Sparty's taken over West Point. This blog's going to Gitmo.
I may be a furrener, but there's one thing I know about the U.S. of A.: never break a tie between the Army and the Navy. Access to military heraldry give the two elder service academies a ludicrous advantage in coming up with great designs.
Navy first. The Naval Academy seal (not to be confused with a Navy SEAL) was created by Park Benjamin Jr. when he heard that the University Club of New York was opening a new building that was to be decorated with the seals of many institutions of higher learning. As the USNA did not have a seal at the time, he made one and did a good job, fitting in the classical Greek trireme, trident, and hand of Poseidon. He did not do as good a job dealing with the fact that his daughter eloped with Enrico Caruso, which you can learn more about by reading the fascinating Wikipedia article linked above.
Now Army. The rising eagle with the 13 arrows in its talons is an official American heraldry staple, and even this Canadian has to admit it is fucking awesome. The helm of Pallas Athena is good because it means wisdom, whereas a nearly identical Spartan helm would be bad because it would just symbolize war. (Yes, I'm picking on you, Sparty.) The 3D styling of the seal is excellent and it makes the shield look like a delicious cake, which is always a plus.
Conference rankings after Week 11:
Four awesome seals put the Independents on top. Next week: the worsts. The week after that: the bests. There will be voting.
Posted by David at 4:52 PM

#6: That's wheat. If living in the Midwest most of my life and playing lots of Empire Builder has taught me anything...

I really didn't feel like doing my research on stylized depictions of grain. Sorry.