Beat Ohio by making your own Ohio logo!

The official serif font of Ohio is Minion. This can only be intended as a subtle reminder that: 1) Ohio is evil, and 2) Ohio shouldn't be put in charge of things. Among things Ohio shouldn't have been put in charge of is designing their own logo. They clearly visited the same people responsible for Lucent's "brown ring of quality" and Gap's Helvetica disaster. The result was the brilliant idea of a scarlet square with the phrase "The Ohio State University" written in white inside it, as though that's Ohio's official name.

This logo is so simple that it's easy to parody. If you've purchased - ha, ha, downloaded - Photoshop, Minion is included. If you don't like to do illegal things, Minion is included with Adobe Reader, but you have to use a trick to install it for general use. Simply open up your favorite image editor (I used Inkscape), make a scarlet square (RGB hex = #990000) and insert your favorite phrase.

First we start with Terrelle Pryor's name for the university: 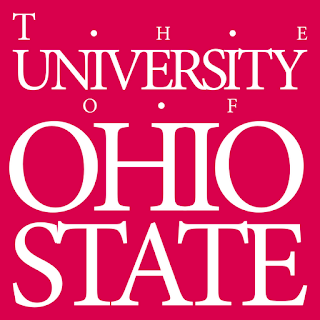 I refused to equally capitalize all the letters in "The." It should be in small caps, just like on their official seal.

There's a possibility that someone, maybe T. Pryor himself, might mistake you for a fan with the above design. No worries, next we'll go with MGoBlog's favorite formulation: 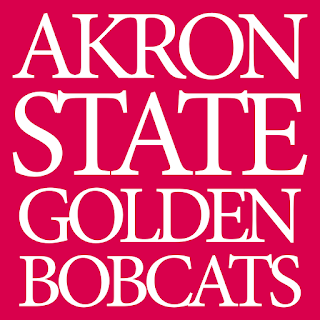 The Children of Yost, Michigan hockey's student section, is working on a project that is making me tingly with the potential for awesome.  With this said, we're copying their fundraising appeal from MGoBoard so you can help them out, if you are so inclined.


If you've been to Yost Ice Arena for a Michigan hockey game in the past two years, you're probably familiar with the student sections' giant Swedish and Texan flags.

Next season, we plan on adding two more giant flags to our arsenal, and we would greatly appreciate your support in our fundraising efforts.

Because we are not, and never will be, a University-sponsored student group, we cannot seek funds through the Student Activities Fund. We are very grateful to the Eckert family, who handmade the Swedish flag and donated the Texas flag, but now we seek support from the entire Michigan family for these next two flags.

Below (in the first comment) is a link to our Paypal account. Our fundraising goal is $600, which will cover both flags (one of which will be a custom design) and shipping. We had issues setting up on Kickstarter and Indiegogo, so we're just going to keep it simple with a Paypal account. We'll keep you posted on our progress via @ChildrenOfYost on the Twitters.

Thank you, and Go Blue!

While the flags are a surprise, we have been assured at the awesome sauceness of said project.  We wouldn't post this if we did not approve, so if you're so inclined:


Update:  And thanks to your help (and that of Mr. Aaron Ward, the goal has been reached.  Well done!)


Posted by Craig Barker at 1:16 PM No comments: 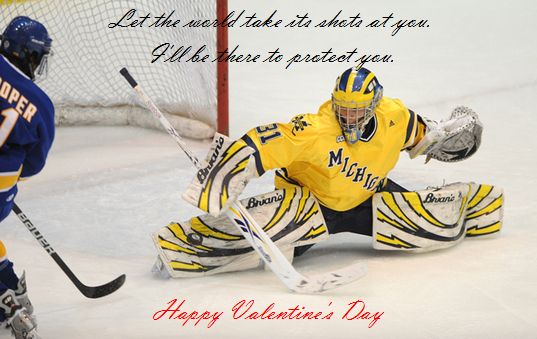 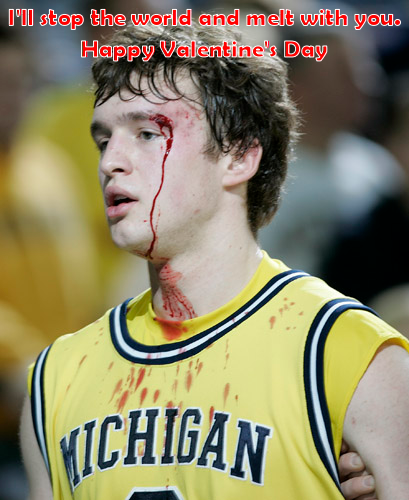 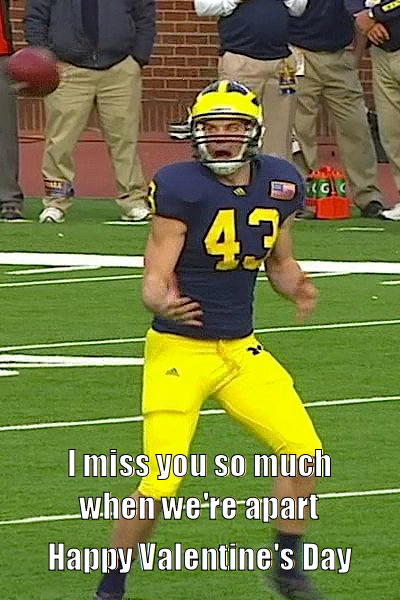 This is just another exercise in having a conversation within one's own principles...


Moderator: Tonight's question is "Do playoffs devalue the meaning of the term 'champion'?"  With the New York Giants winning the Super Bowl and the St. Louis Cardinals winning the 2011 World Series, Connecticut winning the 2011 NCAA Men's Basketball Tournament, and Alabama winning the BCS Championship game, we are in a bit of a run of champions who are more representative of "getting hot at the right time" then "Best team all year."  So, with this in mind, we throw it out there.  Taking the pro-playoff position is regular print Craig, while taking the anti-playoff position is italics Craig.  Craig, you start us off.

Craig: Thank you.  One of the questions we must fundamentally ask ourselves is "what is the purpose of sport, particularly in the regular season?"  Is it to determine who is the best team during that particular calendar or sporting year, or is it merely a seeding round to set up the playoffs?  If so, can we say that 162 games are relatively meaningless in the baseball season when a 90 win team that got in on the last day of the season wins the World Championship, or a 9-7 team that needed to win both of its last two games is the Super Bowl champion, or a team that didn't even win its division in the SEC won the BCS Championship by beating a team it had already lost to earlier in the season? Yes, the playoffs give us a finality that says "this is the champion for a given year" but they are only the "best" team that the artificial construct says so.  The Philadelphia Phillies won 12 more regular season games than the Cardinals, but because the Cardinals won one more in a playoff series, they were still eligible to be the best team of 2011.  The Giants were 9-7, they won SIX FEWER games than the Green Bay Packers, but because they beat the Packers, they were still in line to be in the running to be named "the best"  The Giants were, by at least a couple of metrics, not even one of the ten best teams in the league in the regular season, they were not even in the top quartile of NFL teams, but they won their fourth Lombardi Trophy yesterday because they won four straight games in the playoffs.  So playoffs give us champions, but not necessarily the best team.  Meanwhile, in European soccer, the regular season matters.  You finish at the top of the table, you win your league (and get promoted in cases below the top level.)  While there are various cup competitions throughout the schedule to give some playoff spice to the calendar, the reality is, those 38 games matter most in determining "the best."


Craig: Fair points all, hard to argue against.  I'm shocked you didn't bring up the absolute worst offender in all of sports that you care about, the blind terror that is the single-elimination NCAA Hockey tournament, but here's the flaw in your argument: The teams you cite are all playing to get in to the tournament.  Listen to players and they talk about "the tournament".  Get in to the tournament and then anything can happen.  Even then, was the Packers 15-1 record a fair judgement of whether they were the "best" team in the NFL if they did not play all 31 other teams in the league (and arguably, all 31 teams in the league in home and home matches)?  In fact, the Packers' opponents combined record was 117-139, the Giants was 133-123 (though, let's face it, the Packers not having to play themselves does account for part of that.)  The Phillies may have won 102 games and may have had a strength of schedule of just over .500, but they did not play all 29 other teams in the leagues.  So we created tournaments, not only for the artificial excitement they create, but also because they serve a need: To give us practical means of determining a champion when it is impractical to go double round robin.  We play series when practical in an attempt to simulate that which needs to be accounted for in a long season, be it pitching rotations in baseball, or goaltending in hockey.  It may be unsatisfying, the Packers 15-1 season is, practically speaking, little better than the Broncos' 8-8 (in that they both lost in the divisional round.  Heck, at least the Broncos won a playoff game this year...), but the rules are the same for every one.  Win your three (or four) games and you get to hoist the Lombardi trophy.  Win your 11 games, and you get the Commissioner's Trophy.  Win your 16 games, and you get to hang out with Larry or Lord Stanley.  It's the rules.

Craig: So does the regular season matter?  The Packers' "advantage" was that they were granted home field for a whopping two games in the playoffs and a week off.  One can argue that the week off may have hurt them and the advantage of playing at Lambeau is not what it used to be (the Packers have lost at least three playoff games there in the last decade that I can think of off the top of my head).  Furthermore, one can make the case that the Giants were actually better than their record indicated, but injuries early in the season cost them some games.  When they got key personnel back, they played exceptionally well.


Craig: Right, and yet, if Rob Gronkowski gets under that ball and makes the most improbable catch of a Hail Mary in the last, (well, OK, we've actually had a few lately, but still..), the narrative is how you gave Tom Brady too much time and the team that hadn't lost since Week 9 was peaking at the right time in the season.  Playoffs are artificial constructs, but we've already spent way too much time talking about how everything in sports is an artificial construct when you examine it deeply.  Champions are worthy because in the end, they did what was asked of them to do, playing by the same rules, following the same guidelines as everyone else in the running.  So congratulations to the Giants, congratulations to the Cardinals, and hope that the blind-terror doesn't claim another victim come March.
Posted by Craig Barker at 9:40 PM No comments: