What's past is prologue

"What's past is prologue"
William Shakespeare, The Tempest, Act 2, Scene I

Michigan won a season opener yesterday against an FBS transitional team in a relatively straight forward manner.  There was some kinks worked out by the middle of the second quarter, but mostly yesterday is what it was supposed to be.  If it were Old Dominion, or James Madison, or Maine, or Georgia State, this would have been a blip, just like it was for Michigan State over Jacksonville State on Friday night.  This was what you would want out of a Power 5 team, possibly a Top 25 team in this situation.

But, because of the past, because of names, and logos, and one moment seven years ago, this game was built in to something it never was actually going to be.  It's the flip side of a long and glorious past, having to deal with those darker moments you'd rather forget.  The players in yesterday's game, none of them were a part of that moment, but they had to answer the questions and carry the legacies of that moment because the fans wanted them to feel it the same as we do about those moments.  It's unfair to the players, but it's also part of the passion of college football.

Yesterday did nothing to erase the past.  Michigan evened the all-time series, but beyond that, 9/1/07 is never going to go away.  What yesterday can do for Michigan is start them down a path where the discussion is about what Michigan is doing, and not what Michigan has done.

When I picked my MGoMix this year, I knew I wanted "Rudderless" as far back as January, because of the key lyric "Hope in my past."  We had an off-season of chaos in the sense that we wanted something to hang the hat of hope upon and there did not seem to be a nail anywhere handy.  Wallowing in frustration is easier, but utterly fruitless because hope, while it opens you up to disappointment, is just easier to live with as a person.

So Michigan heads to South Bend next weekend for the last time potentially in my lifetime.  A series that has, in many ways, defined my life as a Michigan football fan is ending.  The sadness there is much more palpable than worrying about reliving one bad day.  Notre Dame has given me way more bad days in my football life than Appalachian State.  So, as that chapter closes, we'll look back perhaps more wistfully because the end of this thing is really stupid, and stupid makes me sad.
Posted by Craig Barker at 10:02 PM No comments:

We're back!  After a summer where we just don't know any more, but we're about to find out, we're back with our breakdown of our new playlist for the 2014 season.  We tried to mix it up a bit while following our rules: no more than 80 minutes of music, make every effort not to repeat non-Michigan songs from previous years, and try to capture the mood of the season while driving to Ann Arbor and walking to Michigan Stadium.  With that in mind, here we go:

1). "Brand New Colony" by the Postal Service
"I want to take you far from the cynics in this town"
Here's to hope.

2). "Razorblade" by the Strokes
"My feelings are more important than yours."
The unofficial slogan of every amateur sports blogger, whether they acknowledge it or not.

3). "Tell Me What You Already Did" by Fountains of Wayne
"Don't tell me what you're gonna do or what you wanna do
Tell me what you already did."Michigan's mandate to Old Hat Creative in making the hype videos.

4). "Spirit in the Sky" by Norman Greenbaum
You really can't go wrong with this choice.  I am Groot?

5). "Gimme Some Lovin'" by the Spencer Davis Group
For a period from roughly 1987-1992, at least five movies a year were legally required to include this song in some form of montage.

6). "Space and Time" by The Verve
I will forever associate this song with the Buffalo Wild Wings Bowl of 2013.  It also would be a great backing track for a Doctor Who fanvid.

7).  "Stubborn Love" by the Lumineers.
"It's better to feel pain, than nothing at all / the opposite of love's indifference."
Michigan football, ladies and gentlemen.

8). "Breathe" by Alexi Murdoch
"Then the answer that you're seeking / For the question that you found
Drives you further to confusion  / As you lose your sense of ground."
Michigan football, ladies and gentlemen.

11). "Run Right Back" by the Black Keys
Or Run Off Tackle, either way, let's hope the Offensive Live holds up.


14). "Sweet Dreams (Are Made of These)" by The Eurythmics
Here's to hoping Michigan's new offense doesn't Halt and Catch Fire.

15). "Lovers in a Dangerous Time" by Bruce Cockburn
"But nothing worth having comes without some kind of fight --
Got to kick at the darkness 'til it bleeds daylight" 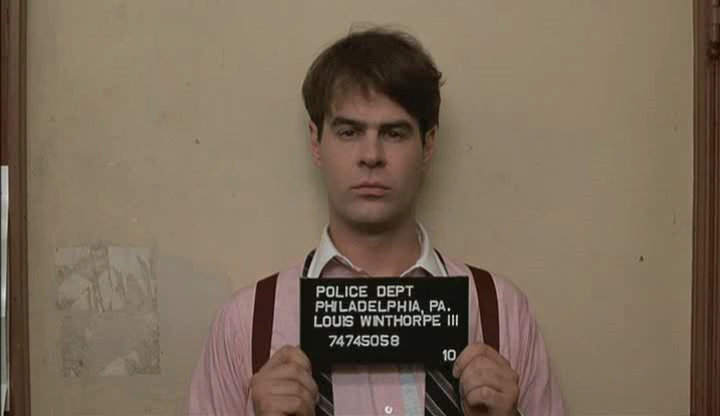 It started simply, from Jane's Michigan preview for EDSBS, which most of you have probably already read.  But, the important quote is:

I agreed with this, but one of my friends argued that it is classic Michigan arrogance to feel like we lead the world in pessimism.  I agreed that this is fair, but went on to make this argument:

Michigan fans, at least in the last decade, have lived waiting for the other shoe to drop and knowing it's not if but when. The history, as it recedes further and further into the past, becomes harder to hold on to. Impossible to please, absolutely. But it's a brand of pessimism born of having tasted success and wanting it again, Pat Riley's "Disease of More" if you will.

Michigan went from 1969-2007 without a losing season and just one .500 season caused by a freak injury to Jim Harbaugh in 1984. So the last six years have been about a massive re-calibration of expectations in a new world and not knowing what this world is like. It's like Michigan has become the college football version of Louis Winthorpe III and we have not yet figured out how to exact our revenge on the Dukes. (Hell, even Duke is good now.) 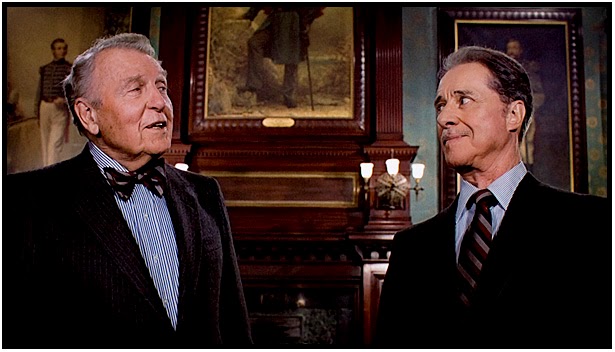 Billy Ray Valentine: [watches Louis clean his shotgun] "You know, you can't just go around and shoot people in the kneecaps with a double-barreled shotgun 'cause you pissed at 'em."

Louis Winthorpe III: "Why not?"

Billy Ray Valentine: "'Cause it's called assault with a deadly weapon, you get 20 years for that..."

There was a time, and I can tell you, it was 2007, I was standing in Pancheros in Livonia, waiting in line, and I was plotting out the schedule and figuring out how a team that featured seniors Chad Henne and Mike Hart and Jake Long and junior Mario Manningham and was looking and figuring out where the ten wins were in the schedule.  I remember particularly fretting over the Illinois game, since ABC had announced it was going to be a night game and going to Illinois always screws Michigan up somehow.  Bad things.  But the key is, I never, for a moment, considered that Michigan could lose to a MAC team, like Eastern Michigan, let alone Appalachian State, I mean, sure, they were the defending I-AA champs, but well, this is Michigan and such.

If you want to say that the aura of invincibility was shattered forever that day, I wouldn't blame you.  Michigan had lost games before.  Michigan was actually on a two game losing streak and if you're here, I probably don't need to recap this because you're reading a Michigan football and you remember all too well what happened that day.

And yet, we could, and would, sink lower.  We did sink lower.  Toledo.  Northwestern and the Class III Fandom Endurance Badge, four tries from the one at Illinois, at Purdue 2009, Wisconsin 2010, that Gator Bowl.  We came to expect that losses were as likely as wins.  For a Michigan fan from the late 1960s on, this was a brave new world, and we had no idea how to function in it.

As fans, we found new ways though.  We savored the wins a little more, but I also think we came to appreciate the players a little more.  One could argue that Denard Robinson is the most beloved Michigan athlete in half a generation because he visibly loved Michigan as much as we did.  He was a fan like we were, except he just happened to be able to do amazing things on the football field.  An 11-2 season and a Sugar Bowl win didn't hurt that either.  But you can only sate yourself for so long on individual performances.  If you love Michigan, you love the team, and if you love the team, you want the team to win.  So when he doesn't win, and it looks not so great in some of the ones it does win, doubt creeps in.  And doubt is one of the hardest things to fight, because the only thing that conquers doubt is results to the contrary.

One of the hardest things about being a college football fans is that the season only lasts for a few short months.  For those glorious months of September (well, late August, but you know) through early January, there are results, measurements, data, to process and calculate and understand.  But from the end of the season until the beginning of fall camp, all you have is the inverse sentiments of doubt and hope.  Doubt and hope exist as the opposite sides of the same coin.  Hope is "Well, sure." Doubt is "Well, no."  Prior to 2007, Michigan fans lived in a world of hope with a small vein of doubt.  You wouldn't look at the schedule and say oh, sure, undefeated.  You knew there was a loss in there somewhere, you just didn't know where.  Post 2007, every view of the schedule is looking where the losses are and worrying that the wins won't materialize.  This is our eighth year of this and we still don't know how to function in this new world.

Here's to hope.  Here's to looking good.
Posted by Craig Barker at 9:26 PM No comments: