[Gee:]
Regulators
We regulate any stealing on the Olentangy
And we damn good too
But you can't be any geek off the street,
Gotta be handy with the football if you know what I mean, earn your keep!
REGULATORS!!! MOUNT UP!

[Gee:]
It was a dark gray night, a scarlet moon
Gordon Gee was on the streets, trying to consume
Diet Dr. Pepper for the eve, so I can get some funk
Just rollin' in my ride, chillin' with Urban

[Frank:]
Just hit the Eastside of the B-1-G
On a mission trying to find Mr. Gordon Gee.
Seen a car full of girls, promised not to score
All you nuns know what's up in the 614

[Gee:]
So I hooks a left on the 5th and Summit
Some brothas fillin' paperwork so I said "Let's do it"
I jumped out the ride, and said "What's up?"
Emmert made some allegations so I said "I'm stuck."

[Frank:]
Since these girls peepin' me I'ma wash their feet
Social justice for the poor would keep them off the street
Turn their lives around like nabbing a pick-six
Then I see my homies and some suckers all in their mix

[Gee:]
I'm gettin jacked, I'm breakin' myself
I can't believe they taking Gordon's wealth
They vacated my rings, they vacated my Rolex
I looked at Urban and said damn, what's next?

[Frank:]
They got my homies hemmed up and they all around
Ain't none of them seeing if they going straight pound for pound
I gotta come up real quick before they start to clown
I best pull off my hat and lay them busters down

[Gee:]
NCAA's got guns to my head
I think I'm going down
I can't believe this happenin' in my own town
SEC speed would let me fly
But twelve and oh won't let me pull rank
Then I glanced in the cut and I see my homey Frank

[Frank:]
Sixteen rosaries in the clip to help my clientele
Frank Dogg is about to send some demons back to hell
Now they droppin' and writhin'
It's a tad bit late
Frank Dogg and Gordon Gee had to regulate

[Gee:]
Now Frank can't be trusted and that's a known fact
All of them Papists are on the wrong track
But that's OK, back up cause it's on
F R A N K and me
The Gordon to the Gee

[Frank:]
Just like I thought they were in the same spot in need of some desperate help
The Frank Dogg and the Gee-child were in need of something else
One of them dames was desparate to flow, she said "O-H" and Urban said "I-O."
She said "my car's broke down and you seem real nice, would ya help me get to go?"
Popemobile's full of girls and it's going real swell, the next stop is Gee's house on North Drexel

[Gee:]
I'm tweaking B-1-G into a whole new era
Gee-Funk, step to this, I dare ya
Funk on a presidential level

[Frank:]
64K for bow ties cause the ties are worth the trouble

[Gee:]
Ties
Suspenders
We brings
Spectacles
Gee-Funk
Where argyle is socks
And socks are argyle

[Frank:]
If you know like I know
You don't wanna step to this
It's the Gee-Funk era
Funked out with a papal twist
If you burn incense like I burn
Then you high like everyday
We're the Knights of Columbus
614 will regulate

Thanks to Craig, Michael Davies, and others for suggesting particular couplets.
Posted by David at 11:10 AM No comments:

Email ThisBlogThis!Share to TwitterShare to FacebookShare to Pinterest
Labels: an ohio state university, parody, religion morality and knowledge, why didn't we think of this sooner?

Improper use of the new Michigan logo

The U-M Global Communications Office has just released a new logo, complete with a new custom font called "The Victors," and a new set of logo guidelines. Due to space limitations, they were not able to list all the ways to misuse the logo. We list a few more in this post.

1. To protect the logo from abuse, DO NOT let the logo anywhere near the Rutgers Athletic Department. 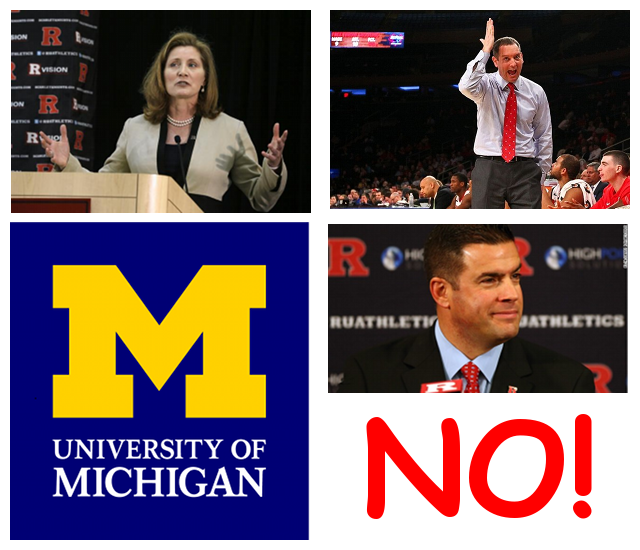 2. DO NOT use the logo as part of a fundraising drive to purchase a video of a prominent Canadian politician smoking crack. 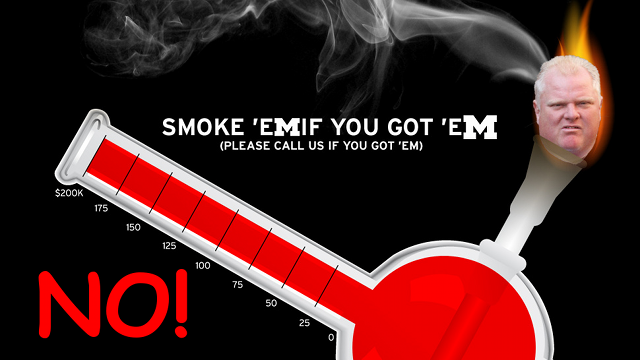 3. DO NOT incorporate the logo into animated GIFs involving animals owned by members of the football team.

Above all, DO NOT create presentation templates for students and faculty to use when presenting their scholarly work. The Brand cannot be tainted by association with the academic mission of the university.