Although some news reports indicate that Urban Meijer is, in fact, not a store and actually a human being who goes by the unlikely name of "Urban Meyer," this is a clearly-perpetrated smokescreen designed by the Ohio athletic department in order to misdirect Michigan from knowing their true plans. However, we here at Hoover Street Rag have not fallen for the ruse, and we have discovered that Urban Meijer has all but locked up the following assistant coaches, who will be revealed after the jump. 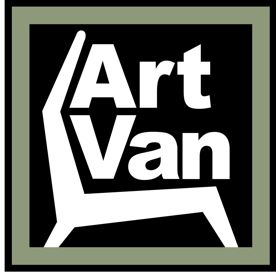 Strength & Conditioning Coach: Art Van
In this post-Mike Barwis era at Michigan, the strength training techniques used by Art Van may seem antiquated, but there is no denying that they get results. By following a strict regimen of team sofa lifting, mattress removal, and recliner delivery, Ohio players will develop the strength to move heavy objects like opposing linemen, the dexterity to squeeze large objects through very small doorways, and the control to move quickly without damaging surfaces or upholstery.

Offensive Line Coach: Wallside Windows
Coach Wallside has plenty of experience sealing up lanes for hot or cold air to enter a home from outside, and this experience will be useful to O-Lineman needing to seal off attacking defenders. Furthermore, Coach Wallside has plenty of experience opening up sightlines allowing clear views of the yard or field and should help the Ohio line give Braxton Miller plenty of lanes in which to throw. Lastly, his cheer of "We Can Do That. We are the Factory!" is very motivational.

Defensive Backs Coach: Belle Tireman
Coach Tireman always makes sure that players can move fast and stop and change directly quickly, even under the harshest conditions that a midwestern autumn has to offer. He should have the Ohio secondary rolling smoothly and we must hope that Denard Robinson continues to improve his accuracy in order to counteract Belle Tireman's coverages. Running Backs Coach: Vernors
Coach Vernors bring an effervescent personality and a wealth of experience going back to 1866 and the earliest days of college football itself. He is especially fond of the bubble screen and hopes to deploy it to full advantage against the Wolverine secondary come next November.

Special Teams Coach: K-Mart
Something of a surprising hire as his stock is fallen since his heyday decades ago, K-Mart is an intriguing choice for special teams coach. His very name, "K-Mart," indicates his skill in recruiting and training kickers for maximum success. He should be very good at helping punters "lay away" the football into the coffin corner, and his kick return schemes may help an Ohio player earn the nickname "Blue Light Special."

Wide Receivers Coach/Recruiting Co-ordinator: Amway
No one knows better than Amway the importance of recruiting and he can be counted on to recruit relentlessly on behalf of Ohio, but his abrasive style may drive away a few recruits. As wide receivers coach, he understands the importance on multi-level routes and should help design easy pass plays for Miller, who will quickly shoot up to the top of the football pyramid in his sophomore year.

Compliance Director: Joumana Kayrouz
In order to promote a new atmosphere of compliance at Ohio, Urban Meijer has thought outside the (big) box and brought in Joumana Kayrouz to head up compliance. Kayrouz's expertise in personal injury cases will ensure that Ohio will not abuse medical redshirting or greyshirting and that Ohio players will get the best medical care in the nation. Though widely known as a lawyer for the plaintiffs, her familiarity with the tactics used by motivated investigators will help to ensure that Ohio is compliant with all NCAA regulations.

That is quite a coaching staff. I hope that Brady Hoke, Al Borges, and Greg Mattison are up to the challenge of facing them.
Posted by David at 12:29 PM

Email ThisBlogThis!Share to TwitterShare to FacebookShare to Pinterest
Labels: an ohio state university, if a joke is funny keep telling it until it's not, urban meijer