Considering that this conference is called the "Sun Belt," they have a strange obsession with artificial light in their seal designs. Torches. Lots and lots of torches, as though there were no sun in their belt at all. Hopefully the Big East has pitchforks, so the SUNBEAST will be able to fight off all sorts of villains. 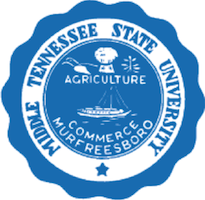 9. Middle Tennessee State
What it's trying to say: Food can be exchanged for goods and services.
What it's actually saying: Tennessee has more detail than can be adequately shown in a one-color seal.
MTSU's seal is a simplified version of the state seal, with the word "Murfreesboro" added, for obvious reasons. Tennessee's state seal is in full color and doesn't look too bad. MTSU uses one color and it looks terrible. But MTSU's real identity crisis can be found deep in its identity guidelines:

You know how you know when a school has a branding problem? When their official style guide tells you not to use their logo without the wordmark, because people will probably not know what the logo stands for. 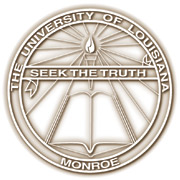 8. Louisiana-Monroe
What it's trying to say: Hey, look! We didn't use any pelicans!
What it's actually saying: Maybe we should have used some pelicans.
ULM makes a book the principal element of its seal and doesn't put writing in it, always a bad sign. Perhaps they could have used the pelican in a different attitude, maybe teaching her chicks how to read from the book. 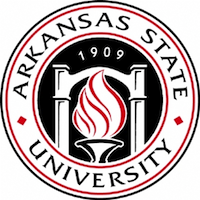 7. Arkansas State
What it's trying to say: The light of learning opens doors.
What it's actually saying: We're gonna burn the arch off this mutha-fucka.
Rule #1 of using torches in graphic design: do not place the torch so that it looks like it's setting something on fire that it shouldn't be. Arkansas State's arson is a minor error compared to Liberty University's. Of course, at Jerry Falwell's school, book-burning may be a feature, not a bug. 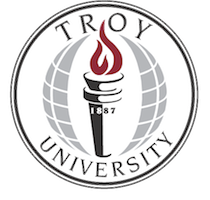 6. Troy
What it's trying to say: Holy macaroni! Our torch is in the THIRD DIMENSION!
What it's actually saying: Heinrich Schliemann? Who's that?
Rant time. You are Troy University. You share your name with the setting of the oldest work of literature in the European canon. You could have used any symbol from The Iliad on your seal and it would have been appropriate. Ships sailing on a wine-dark sea. Boar-tusk helmets. Achilles sitting around pouting in his tent. Patroclus kicking ass on a chariot. Hector's burial rites (spoilers!). Not to mention all the non-Homeric sources delving into the stories of Aeneas, Cassandra, the House of Atreus, and so forth. You have a huge vein of ancient symbolism and imagery to mine for your seal, and what do you go with? A fucking torch. 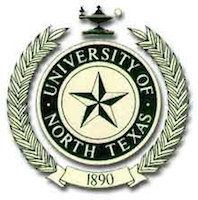 5. North Texas
What it's trying to say: We're in Texas!
What it's actually saying: If we remove the capital T, no one will notice our seal is almost identical to A&M's!
Most of the less prominent Texas schools that use the Lone Star in their seal manage to fit in some other symbol that describes the part of the state they're in, like Texas Tech's cotton bolls or UTEP's Rio Grande. UNT's leaders couldn't think of anything to say about Denton.
That's unfair. The old Denton County Courthouse is on the NRHP and would like nice on a seal. However, the perfect seal for UNT would feature two scholars - one young, one old. The young one would be giving a lamp of learning to the older one, representing youthful energy and enthusiasm. The older one would, in return, give the younger one a book or a scroll, symbolizing the knowledge that years of experience have given him. Yeah, it's the Mean Joe Greene Coke commercial transformed into academic symbols, but don't tell me it couldn't work! 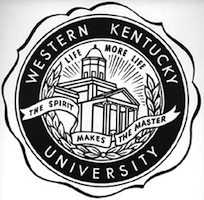 4. Western Kentucky
What it's trying to say: We've got a cupola!
What it's actually saying: Our first experiment at creating "Life" and "More Life" went horribly awry and escaped. It was codenamed "Big Red."
"The Spirit Makes the Master" sounds like the name of a Peter Davison Doctor Who episode. Speaking of which, when will Nu Who bring Georgia Moffatt back? She was as cool as a fez and a bowtie combined. 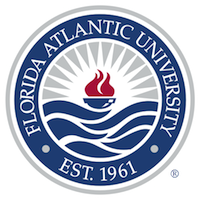 3. Florida Atlantic
What it's trying to say: I can see a new horizon underneath the blazing sky./I'll be where the eagle's flying, higher and hii-iigher.
What it's actually saying: You really don't want to enroll in our Semester At Sea program.
¡Queme los barcos! 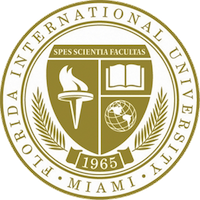 2. Florida International
What it's trying to say: You know we're international because we've got a globe.
What it's actually saying: "Who's playing that music?" "And where's all that liquor coming from?" "It's a party, Marge. Doesn't have to make sense."
You know that episode of The Simpsons where the Yale admissions officers tell Mr. Burns, "You know, Yale could use an international airport?" Well, FIU was actually built on the original site of Tamiami Airport, and its oldest building is the abandoned control tower, now called "University Tower." No wonder Yale is jealous. This factoid has nothing to do with the seal, which is perfectly cromulent but embiggens my feelings of boredom. 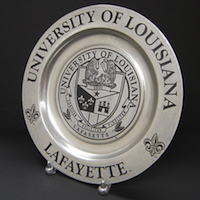 1. Louisiana-Lafayette
What it's trying to say: We're in the heart of Cajun country!
What it's actually saying: We're in the heart of this commemorative plate!
Has your university's seal inspired the flag of an entire region? No? Then it's not as cool as UL-Lafayette's, which inspired the official flag of Acadiana, which in turn inspired a short Wikipedia article explaining all the symbols on the seal, which in turn inspired me to not contribute anything original here.
Conference rankings after Week 11: The Sun Belt is meh, but slightly prettier meh than the MWC. Next week: The independents and FCS.
Posted by David at 7:44 PM

You may not be that far off the mark on Liberty, given that their ice rink is named for one of the "Left Behind" authors:
http://www.lahayeicecenter.net/index.cfm?PID=17132