Seal Block Week 9: The WAC gives you something you can feel

The WAC. It's still a football conference? It's still in FBS? So we have to do a Seal Block about it? Well, I guess we don't, but it would be kind of silly to stop now. 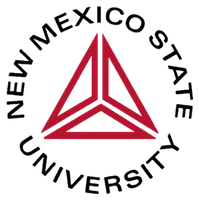 8. New Mexico State
What it's trying to say: Derp.
What it's actually saying: Look, this is so bad that we changed it, OK?
Ooh, a mystery! NMSU has recently changed their seal to one that is not unbelievably shitty. The new seal, with a Zuni cross superimposed on the shape of the state with the letters N, M, S, and U in the four corners, is a significant improvement, despite the fact they refuse to put up a decent size version of it up anywhere on the Internet. You get no points for improving your seal if you don't let anyone look at it.
Despite NMSU's newfound interest in brand identity guidelines, their brand identity people are still bad at their jobs. You'd figure one of their priorities would be making sure that their Wikipedia page isn't displaying the old seal? Also somewhat amusing: the bookmarks on the web browser from this brand identity presentation. 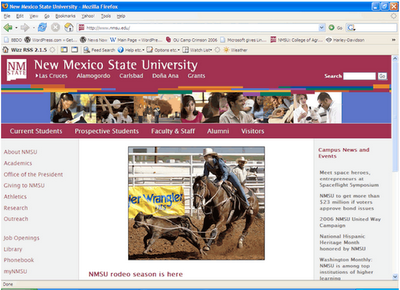 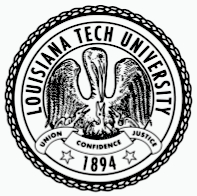 7. Louisiana Tech
What it's trying to say: Pelicans!
What it's actually saying: Again with the pelicans!
Heraldry time, because how else am I going to keep talking about pelicans every time a Louisiana school comes up? The attitude of a pelican feeding her young, as seen in the Great Seal of Louisiana and in the seal of all but one FBS school in the state, is called the pelican "in her piety." The other common heraldic attitude for a pelican is "vulning," or injuring herself. A pelican vulning is LSU's alternate seal, used when they are trailing by less than seven points with less than two minutes remaining. 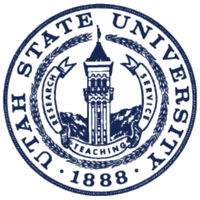 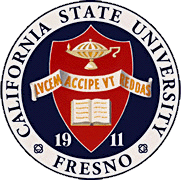 5. Fresno State
What it's trying to say: Fres-YES!
What it's actually saying: Fres-YAWN!
A lamp, a book, a motto including a declension of Lux. Boring. 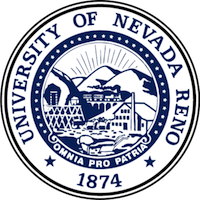 4. Nevada
What it's trying to say: Come to the biggest little university in the world.
What it's actually saying: That glow in the background? Yucca Mountain.
Too many symbols, too few tones. This two-tone knockoff of the state seal come with an amusing anecdote about the original design being punked by Mark Twain. That's the sort of thing that happens when you fit in so many symbols you have two trails of smoke, one from a quartz mill and another from a train. The 36 stars around the picture is a nice detail, though. 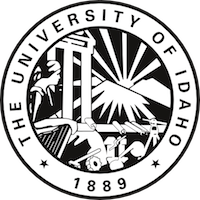 3. Idaho
What it's trying to say: It's the Lady of Knowledge!
What it's actually saying: We're coming through the hay to your home!
According to the University of Idaho website linked above, the woman was originally just watching the sunrise, and now she is reading in front of the colonnade. Maybe soon Idaho will join the 21st century and just say the woman is building the colonnade. If we go with the most empowering interpretation of the symbols, this is a pretty good seal and a legitimate exception to the "no colonnades" rule.
I don't trust it though. It was designed by Arthur Peirce Vaughn, who also made up the "fact" that Idaho means "Gem of the Mountains." 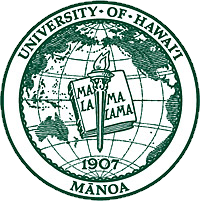 2. Hawai'i
What it's trying to say: A university in the middle of the Pacific Ocean! How awesome is that?
What it's actually saying: The Pacific Garbage Patch is made up of giant books and old torches.
I think that little speck of an island below the lower right corner of the book is R'lyeh. According to Google Maps, there's no island near there. I do not want to know what arrangement has been made between the Regents of the University of Hawai'i and the Old Ones. It appears to involve the destruction of Antarctica, though. 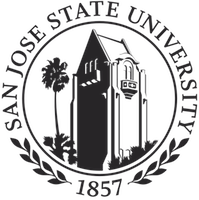 1. San José State
What it's trying to say: There is something I must do, there is something I must do.
What it's actually saying: I have to tell you about Madeleine now. Right there.
That is Tower Hall on SJSU's chiaroscuro campus and it is pretty. Attentive cinephiles may object to my "what it's saying" quotes, as that tower was actually at Mission San Juan Bautista, but it was dismantled in the 1940s. However, the bell tower was reconstructed on set and does look a lot like Tower Hall. Without Hitchcock, we wouldn't associate Mission-style towers with the South Bay, so he gets the assist in San José State's victory this week.
Conference rankings after Week 9: Most of the good in the WAC is more than cancelled out by derp and yawn. Happy Hallowe'en everybody, and remember, if someone wants to pay you to dress up as their spouse, nothing bad could possibly come of it! Next week, Conference USA, home to the new worst. seal. ever. now that NMSU has retired its triangles.
Posted by David at 8:00 PM

Yes, it's not very large, but that page you link to has the new NMSU seal: http://brand.nmsu.edu/documents/nmsu_seal_watermark.jpg