Finding the seals for major conference schools is easy. They're usually on Wikipedia or they can be located with a simple Google image search. Once you get down to Conference USA, you find schools that are more protective of the official status of their seals, and thus try to limit their dissemination on the Internet. Fortunately for me, most of these schools have never heard of "screen grab" technology and put nice clean versions of their seals in the online PDF versions of their identity guidelines. Only Rice was smart enough to put "For Official Use Only" over their seal in the identity guideline document. That's how you know they're the conference's nerd school.
DQ. UAB
It's Alabama's seal, with the word "Birmingham" in place of the founding date. That's a step down. 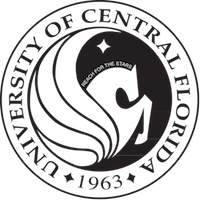 11. Central Florida
What it's trying to say: My horn can pierce the sky!
What it's actually saying: Lisa Frank is our Dean of Arts.
There are no words. As a writer for one of the top 20 Michigan sports blogs, I should be able to easily write a joke about a seal this awful. But I stared at it, and I stared at it, and I had nothing that could be expressed in words. Then, while looking on the Internet, it hit me exactly what is so terrible about this seal. Fifteen minutes in Gimp gave me what I needed. 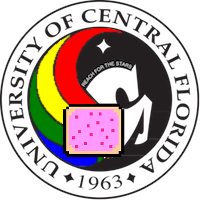 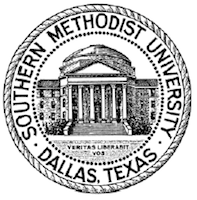 10. SMU
What it's trying to say: We've got a nice building!
What it's actually saying: Some day we'll finish our replica of the U.S. Capitol.
Colonnades, even when drawn with considerable detail, are still colonnades and are still Neoclassical architecture that you can find just about anywhere in the United States. So there's really nothing to say about them. Moving right along... 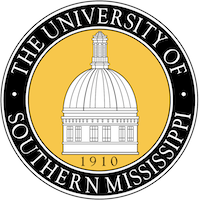 9. Southern Mississippi
What it's trying to say: Dear SMU, this is how you erect a rotunda.
What it's actually saying: That whole Brett Favre texting thing was a big misunderstanding. He just sent a picture of his alma mater's seal.
Southern Miss's seal stirs up sexual confusion in me. It's both phallic and mamillar, so: boob joke or penis joke? Thank goodness there are so many Brett Favre jokes that I don't have to decide. USM has a style guide to ensure that people writing about the school spell Favre correctly. Fortunately, it doesn't contain any information about the size of anyone's endowment. 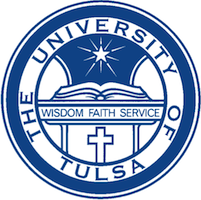 8. Tulsa
What it's trying to say: We're Presbyterians!
What it's actually saying: We're the school founded by normal religious leaders.
Tulsa's seal uses standard Presbyterian imagery and can be described by standard Presbyterian adjectives such as stolid. To best appreciate it, you need to compare it to the whack-a-doodlery and implied sexism of crosstown Oral Roberts University. 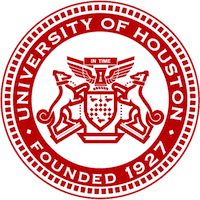 7. Houston
What it's trying to say: Our hourglass has got wings!
What it's actually saying: We put chains on our greyhounds, but still couldn't get Michael Vick to QB for us.
The association between Houston and the "run & shoot" does not go back just to the days of David Klingler and Andre Ware. In fact, it goes all the way back to the 13th century, when John Houston earned a knighthood and this coat of arms for rushing to the battlefield to relieve a broken column, thus saving the day for the King of Scotland. The coat of arms is thus full of symbols of speed, including the greyhounds and the flying hourglass.
The Houston family's motto of "In Time" is currently being defamed by a Justin Timberlake movie. I especially dislike his stilted delivery of the line "No one should be immortal if even one person must die." That's going to be your big moral lesson? Hey everybody, read The Ones Who Walk Away From Omelas. It'll take you a lot less time than watching a shitty anvilicious moralizing action movie. 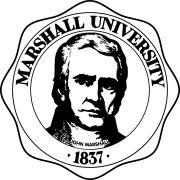 6. Marshall
What it's trying to say: The Constitution is colorblind, and neither knows nor tolerates classes among citizens.
What it's actually saying: The acme of judicial distinction means the ability to look a lawyer straight in the eyes for two hours and not hear a damned word he says.
Marshall has made their decision: now let them enforce it! 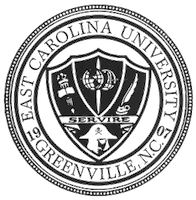 5. East Carrr-olina
What it's trying to say: Servire means we be interested in serving humanity through education.
What it's actually saying: Servire really means we be interested in serving ourselves some booty.
Cracked is your go-to source for ruining all the fun you have talking in a pirate voice, which is just you imitating Robert Newton reading dialogue based on phrases made up by Robert Louis Stevenson. Still, you can't go wrong with a pirate theme. 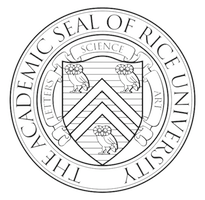 4. Rice
What it's trying to say: We're on the lookout for new knowledge.
What it's actually saying: The eyes! Oh my god, the eyes!
Only Rice would make sure to emphasize that its official seal is the "academic" seal, as opposed to the athletic seal or the leopard seal or a cuendillar seal on the Dark One's prison. They're meticulous like that. The freaky-eyed owls come from a fifth century BCE Athenian silver tetradrachm coin, so you can blame the ancient Greeks for your current feelings of discomfort.
Here's a joke that's only for hardcore biophysicists or academic politics junkies: The three wise owls represent Herbert Levine, Jose Onuchic, and Peter Wolynes. I'm trying to see if I can make a joke that squares the Dennis Miller ratio. 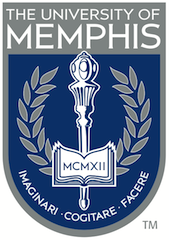 3. Memphis
What it's trying to say: We've got a new identity for a new century!
What it's actually saying: Pyramids aren't cool.
The panel of judges turned in widely divergent rankings this week, and Memphis was the only school that everyone ranked in the top half of the conference. Memphis recently redesigned their seal and they kept it nice and conservative by including a laurel, book, and a mace, three academic heraldry symbols that are always in style. The lack of any connection to ancient Memphis is a little disappointing to me. 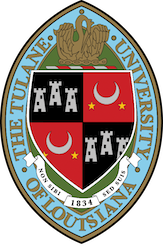 2. Tulane
What it's trying to say: Paul Tulane was from Tours (a.k.a Towers) and he founded in a school in New Orleans (Crescents), Louisiana (Pelicans).
What it's actually saying: Come on and learn some crap from us! You know that you want to!
Fact: Bruce Podewell, a.k.a. Buz Turner from the notorious MST3K short Mr. B. Natural, has been a professor of theater at Tulane for many a year. He has 546 Facebook friends, so he's learned how to fit in with the group. For all you 12-year-olds reading this, if you want to fit in with the popular group and the most popular girl in school asks you to do something with her, DO IT. (In sad Mr. B. Natural news, Betty Luster passed away on May 25, 2011, at the age of 89.)
I hope Tulane's new head coach can get the program turned around, so that its NFL alumni can introduce themselves as graduates of "THE Tulane University of Louisiana." I'm disappointed Shaun King never did that. 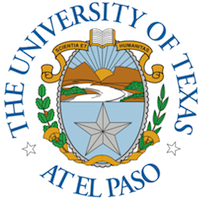 1. UTEP
What it's trying to say: We're in Texas, barely!
What it's actually saying: I am on the hill overlooking El Paso; I can see Rosa's cantina below. My love is strong and it pushes me onward. Down off the hill to Feleena I go.
Have you ever listened to all of "El Paso"? Jay-Z and Kanye got nuthin' on Marty Robbins. Jay-Z's never rapped about a posse forming just to kill him. And the name "Feleena" makes me think Rosa's cantina was a furry bar. Kanye hasn't had the nerve to openly declare his furry love in a song. I actually consulted Wikifur for information on Dropout Bear, so don't think I won't enter the nether regions of the Internet for you. Surprisingly, Lisa Frank does not have an entry on Wikifur, which leads me to question its completeness.
Conference rankings after Week 10: 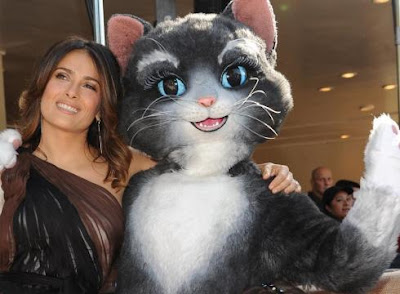 See you next week everybody, when we review the rest of the Sunbeast!
Posted by David at 8:31 PM

How could Memphis not win against this field?

Boy, do I ever say that a lot.

Memphis has a nice design - I really like the font - but it's kind of boring. Tulane and UTEP have features that make their seals unique to their schools, while you could swap in any name for Memphis and still have an OK seal.

We've going to have a 25 vote at the end of the year, and Memphis should get into the group of schools under consideration.