So, one of the hot trends for Christmas 2011 is NCAA Mascot Pillow Pets.  They're cute, they're spirited, and they're roughly $30.  Looking at the Big Ten's assortment, some of them make perfect sense. (And before I get angry letters, I could not find ones for Indiana or Northwestern.)  To wit:


And then there are four that completely make you question what the marketing people were thinking, which is exactly what we did.  Please help us decide which of the four of these is the greatest crime: 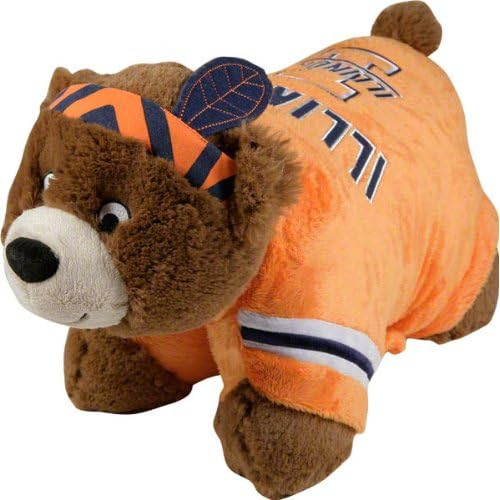 "Hey, so what's an Illini anyway?"
"Well, allegedly it used to be an Indian chief, but they dropped that imagery a few years ago.  Ahh, to heck with it, make it a bear with a 1950s style Indian headdress.  We'll say he was at the First Thanksgiving or something."
"Sir, don't you think people will wonder why the bear is a Native American?"
"Do I look like I care?" 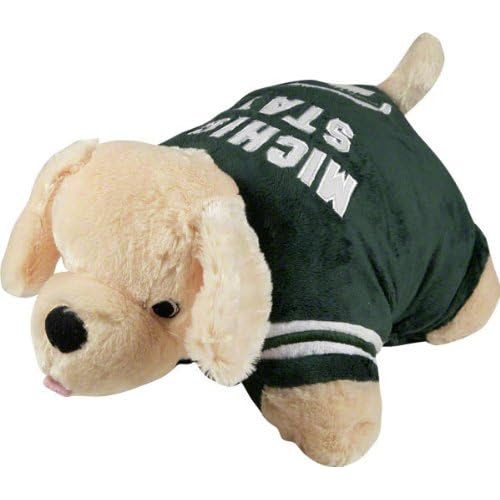 "Hey, Michigan State has like one of the NCAA's most popular and famous mascots, right?"
"Yeah, whatever, biceps are hard to transfer to a pillow pet.  Make it a dog."
"But sir, what do dogs have to do with Sparta?"
"I don't know.  I'm going to go to my office and watch 300 and I'm sure I'll come up with something."
"Shouldn't we at least make it like a Greek breed of dog?  Like a Molossus or something?"
"You're putting way too much thought into this.  Just make it cute and a little needy, like it's the little brother of the litter." 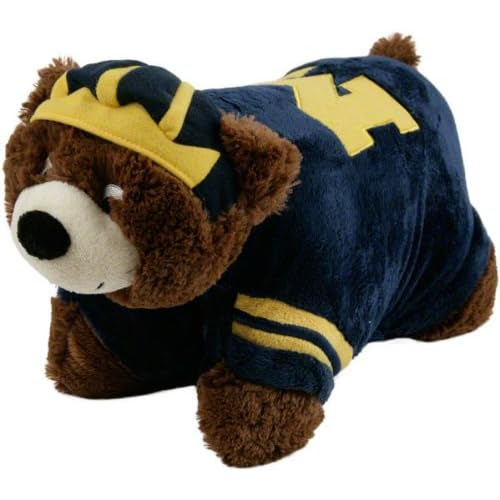 "Sir, this one's a bit tricky.  Michigan is legendary for their resistance to the mascot.  They're very big on their symbols like the winged helmet and the block M."
"Good, then we should include those."
"Right, so we'll get the traditional blue jersey, and the block and and the winged helmet, all on a Wolverine.  But wolverines are scary looking.  Since we're targeting small children, do we really want to give them a representation of a godless killing machine, nature's most perfect land based predator?"
"You're right, make it a grizzly bear instead."
"So a wolverbear?"
"No, just a grizzly.  Make it cute though." 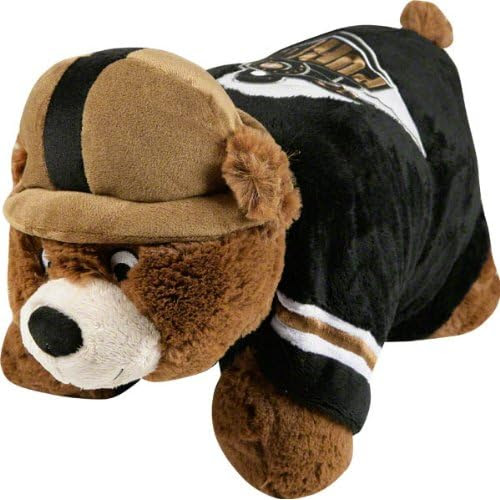 "Not going to lie sir, Purdue Pete is kind of creepy looking. But I think we're OK, because Purdue's actual mascot is the Boilermaker Special and kids love trains.  We'll just make a fun train one."
"Nope, trains are too hard to pull off.  You know, idea, let's..."
"Make it a bear.  Sir, come on, every time we get stuck, you tell me to make it a bear.  Besides, how would people even know the bear was representing Purdue?"
"Put a hardhat on him?"
"I hate you."
"I know."
Posted by Craig Barker at 10:30 PM

In all seriousness, the Nittany Lion almost looks more like a real gopher than Goldie does. And IlliniBear's outfit looks like a boxer's robe, like he's going to bounce around, pop his fists together, then lose to Mike Tyson in 38 seconds.