I like that Alabama is the first game of the 2012 season because we can spend eight months taunting them in a way that we would never be able to taunt Western Michigan.

Nick Saban is in the news again, with recruit Landon Collins's mother accusing Saban of offering her son's girlfriend a job in order to entice him to choose Alabama over LSU (fixed). Promising a recruit's girlfriend a job is apparently permissible in football, but not in basketball.

In honor of his new recruiting experience, we present a new poster of Nick Saban: 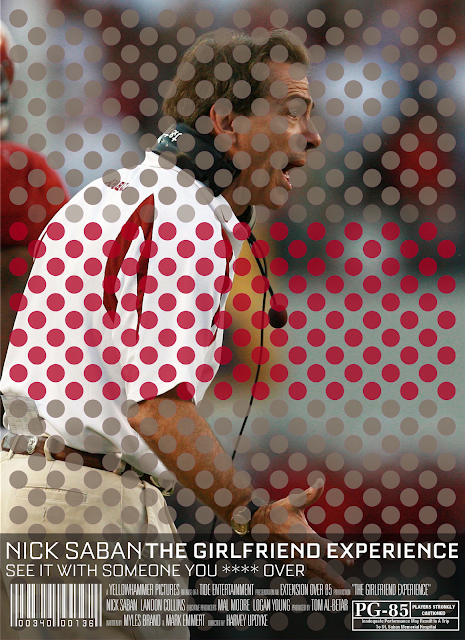 This may be the first time in internet history that Sasha Grey has been photoshopped out of a picture. If you came here looking for pictures of Sasha Grey, please consult every other website everywhere.
Posted by David at 7:04 PM