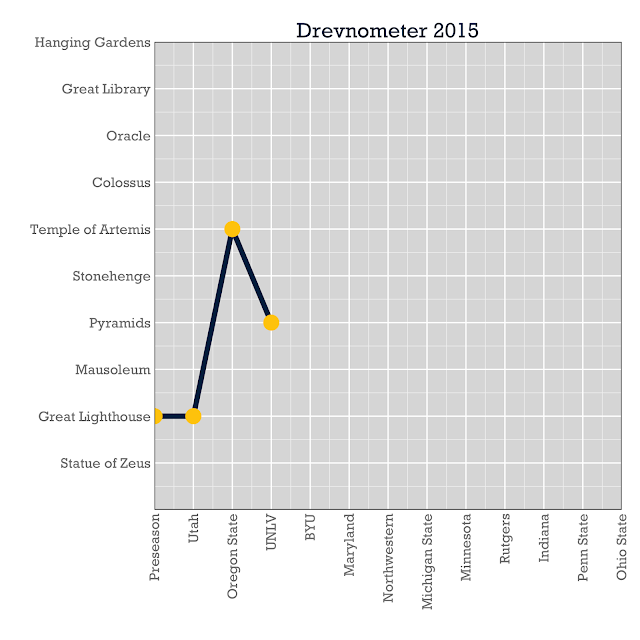 This chart may get prettier as the year progresses.

While the Drevnometer took a hit this week, it's still a welcome sight compared to the Borges-O-Meter. San José State was Oregon State's opponent this week, allowing for a common opponent comparison: the Spartans only had 253 yards to Michigan's 405, had 149 passing yards divided between three QBs, and a pick 6. They did win the time of possession battle though! The Borges-O-Meter gets a 2.

The Debord-O-Meter also took a big retroactive hit this week, as the Oklahoma defense the held Tennessee to 254 yards last week gave up more than 600 yards to Tulsa. A dominant performance against Western Carolina does not undo the fact that the defense that looked dominant against you looked significantly less so against an average AAC team. The best possible explanation for Debord is that the OU defense really is that good and the Stoopses told them to take it easy last weekend at part of their continued trolling operation against the SEC.

The Drevnometer's Three Stars of the Game 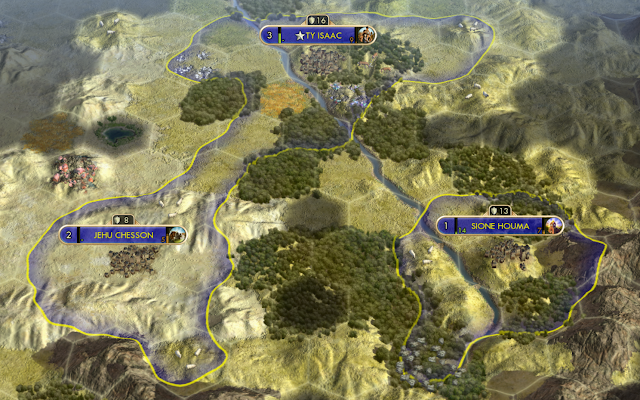 Sione Houma is second only to Kraig Baker among Michigan football players who share their names with cities in Louisiana, although Zachary Gentry may be nibbling at his heels next year.
Posted by David at 11:42 AM

Email ThisBlogThis!Share to TwitterShare to FacebookShare to Pinterest
Labels: drevnometer