It was spitting down rain all morning, and it only picked up for gametime. I took one last lap around the stadium I'd always known. 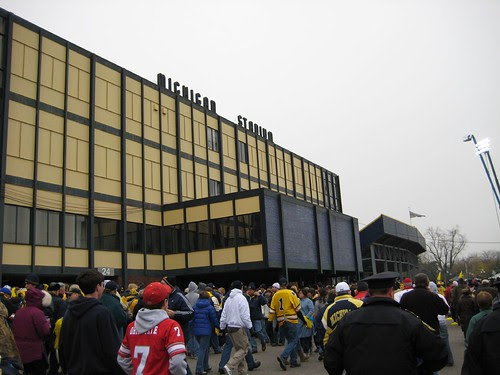 If there was any justice in the world, they'd have won last year, so I didn't have high expectations. Not with Mike Hart hobbled and Chad Henne barely able to lift his arm and guys not named David Harris at linebacker. And so we yelled and screamed and Beanie Wells had 172 carries and Mario Manningham dropped 18 passes or something and Ohio State won an excruciating 14-3 game.

Sports don't really respect the storylines we want them to follow. It doesn't seem right that Hart and Henne and Long will never beat the Buckeyes, that Bo's death came on the eve of a Buckeye victory to keep Michigan out of a national title game. The 2008 Capital One Bowl is such an anomaly because it's the exit Lloyd Carr seemingly deserved, and a David-over-Goliath moment to boot.

And so 2008 came and we all had to come to the shocking realization that Michigan wasn't just mediocre, but a horrible football team. Either the talent wasn't there or it was unsuited for the new system, and Michigan wasn't coming within a country mile of a winning record. I stopped watching The Game 2008 early in the second half, because I'd sat through the whole Northwestern game and had nothing to prove, and I knew how this one was going to end. 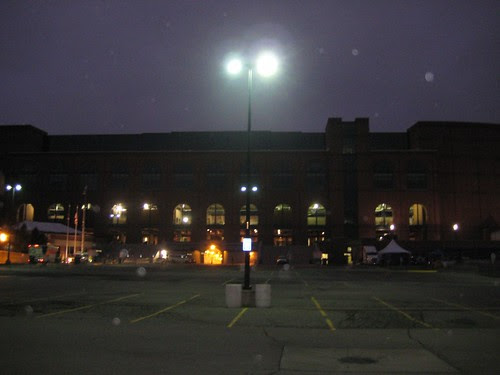 What do you do after a year like 2008? You go back to work. You get up earlier. You stay later. You brag about it on media day to some hack with a press pass who twists your words. 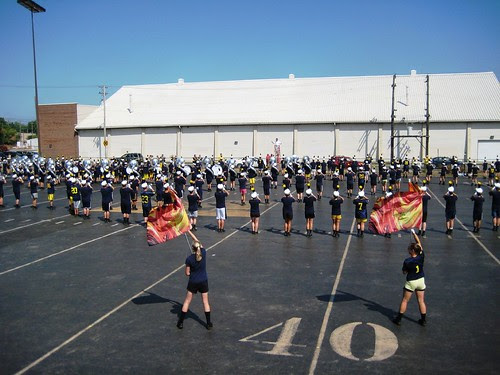 But more than anything else, you get out there and work as a team. 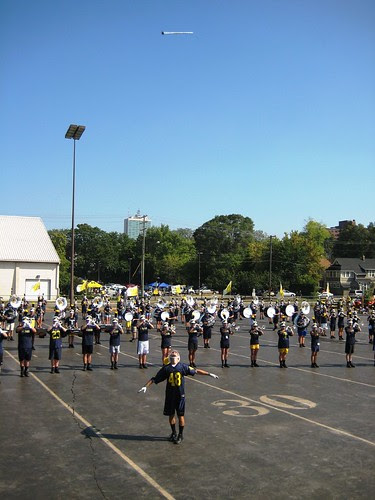 And there are days when you see it all coming together, the inevitability of it all. 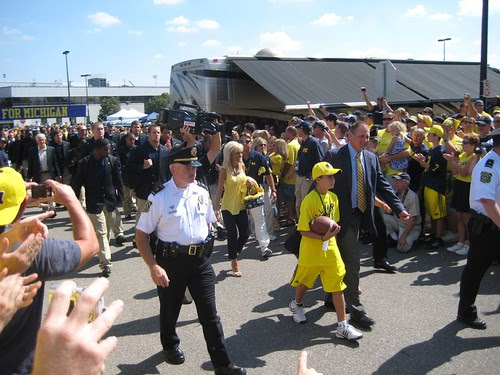 At the beginning of the season, Rich Rodriguez faced The Most Important Game Against A MAC Opponent Ever. The Freep's accusations hit the front page a week before the season started, putting it in front of maximum eyeballs. As if 3-9 wasn't enough to weigh on him. And it all vanished in a puff of smoke in the face of 31-7. But that seems like so long ago now. It's been like this for the past six weeks: Brandon Graham is on the verge of winning the game singlehandedly, but it's just outside of his grasp. 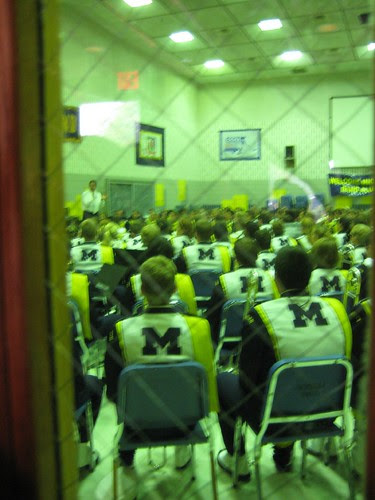 We're nearing the end of the 130th season of Michigan football, and this finale has everyone focused. It's one last game, playing for the extra bowl practices, playing for a bus ride to downtown Detroit, and playing for a hard-fought victory over a bitter rival. 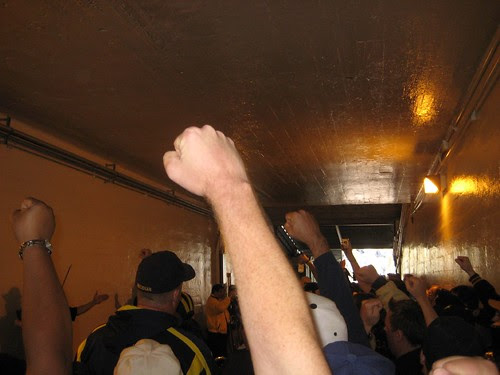 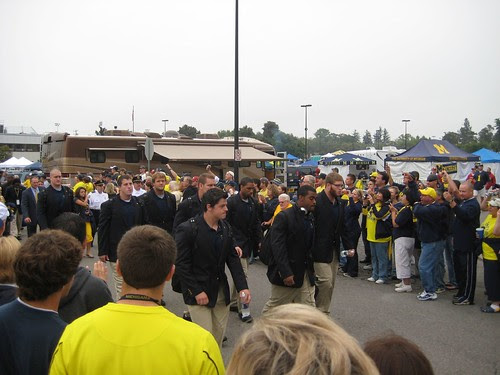 Those seniors take one last walk to the stadium on Saturday, one last chance to put it all on the field for Michigan. 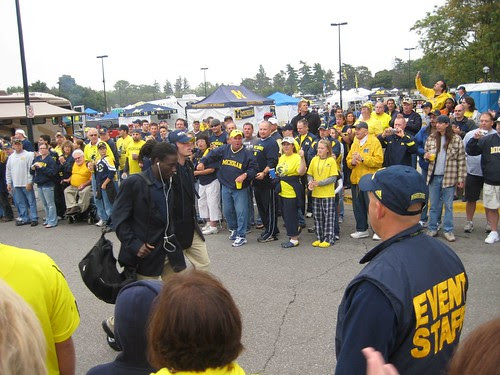 And it's a chance for the future of the program to assert itself, to show what lies ahead if we allow it to grow. 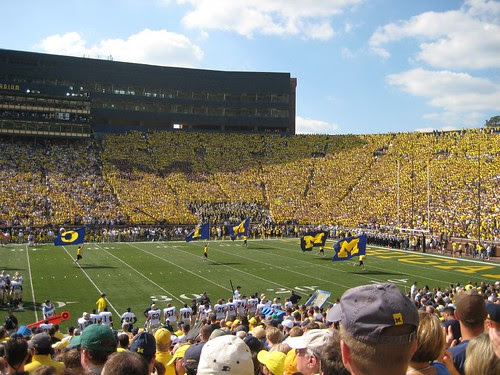 That's what we all want to see. But sports don't care about storylines. Sports care about talent and scheme and execution and luck. They care about heart and grit and emotion only so far as they translate into execution, and how they can lift raw talent and focus it. If Michigan can put together a victory on Saturday, it won't be arbitrary comeuppance for OSU or some mystical force to quiet Rodriguez's detractors or any sort of karmic justice. It'll be because Michigan played better football or caught a break or two. Or twelve. We'll take every one of them. Ohio State is a vastly superior football team and should walk away with another win, unless something goes beautifully wrong. I'm hoping it does. Go Blue.