The return of the wordplay-based meter

Last year, the Drevnometer collapsed like a football unit trying to operate in an overcomplicated scheme. As the season went on, cracks in the facade turned into a full-blown collapse. It seemed as though the idea of pun-based offensive ranking meters had run its course. We here were hopeful that John O'Korn would get the starting job because the nü-metal O'Kornmeter is a clear concept, but we were also dreading the possibility because then we would have to listen to a bunch of nü-metal songs to figure out how they should be ranked.

When Wilton Speight won the job, the days of pun-based rankings were over, but fortunately, Speight provides an unexpectedly different kind of wordplay. Not only is Wilton Speight an anagram goldmine, but anagrams of his name provide references that harken back to Michigan quarterbacks of yore. WHITEST LOPING is clearly a reference to John Navarre and there is no phrase more clearly associated with Tom Brady than LIGHTEN TWO PSI.

So not only do we have an anagram-meter, but the anagrams are rated according to the reputations of the great Michigan QBs they're clearing referencing. So what do we have?


1/10. Let's hope they never play like they overslept and missed their flight. It's Ryan Mallett: O, SITTING WHELP.

2/10. Do people look like they'd rather be playing baseball and striking out a lot? It's Drew Henson: WHIP IT LONGEST.

3/10. Sometimes the offense tries and fails to do things it should never have been asked to do. That describes poor Denard Robinson in THE PISTOL WING to a tee.

5/10. An 8-4 season would be a disappointment, so let's hope things go better than they did for Todd Collins: EIGHT WINS PLOT.

6/10. Is the offense good enough to win it all with a legendarily great defense? If so, we've got Brian Griese: TOWNIES' PLIGHT, because Scorekeepers window jokes are still funny two decades later.

7/10. Is Michigan setting all kinds of offensive records, but still getting sniped at for everything that goes wrong? Then it's John Navarre: WHITEST LOPING!

8/10. Can the offense storm back from behind and beat Michigan State? If so, we've got Chad Henne: GO WIN THIS PELT

9/10. An Orange Bowl win and a preeminent NFL career only gets you so far, Tom Brady: LIGHTEN TWO PSI

10/10. Winning Orange Bowls and Super Bowls is nice, but they're no Rose Bowls, and they're definitely not People's 1998 Sexiest Athlete Alive Award. So capping off the meter is Elvis Grbac: HOT PIGLET WINS

No Michigan QB is bad enough to be associated WITH INEPT SLOG for 0/10, so we'll just go with "Rutgers" instead. (There is also an 11 - yes it is Harbaugh - but we're keeping that in reserve until it's needed.)

Standards on the Speight-meter have gone way up over the days of the Borges-O-Meter. Now 3/10 gets you a beloved long-time quarterback. No more giving bad offense a 5/10 out of hope. We're kicking off the Speight-meter this week with a rating of 6. 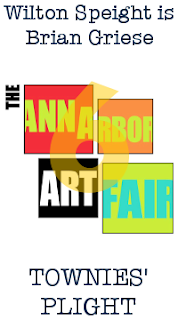 High expectations aboud when a national championship gets you a 6. Blame Phil Fulmer, like we always do.
Posted by David at 10:22 AM