Picking an NCAA bracket using basketball knowledge is as much a recipe for success as picking based on the team's mascots or school colors. To have a truly scientific and rational decision-making process, we need to delve more deeply into the essence of the competing schools. What better way to reach that quintessence than by analyzing their seals? Thus, we present the Seal Block breakdown of the Midwest Regional. Will UNC live up to its top seed, or will a sleeper rise from the lower half of the field? 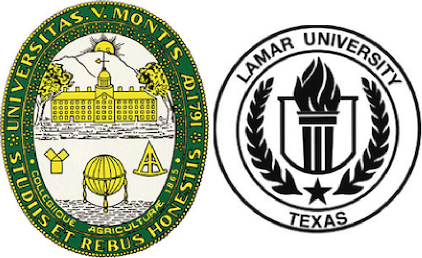 (16) Vermont d. (16) Lamar
Lamar, like all schools in Texas, is sure to make us know they're located in Texas. However, their very basic design doesn't match up to Vermont's old-school details, including the Pythagorean theorem, which as Shaquille O'Neal reminded us, cannot be solved. 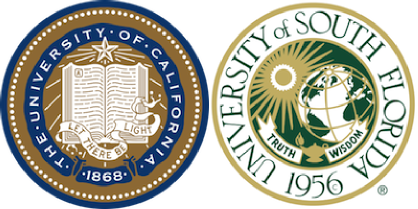 (12) California d. (12) South Florida
USF, as we discussed in the original Seal Block series, loses serious points for its horribly inaccurate globe. The only odd thing about California's seal is that section A starts halfway through the book, a small flaw in comparison. Cal brings home the victory. 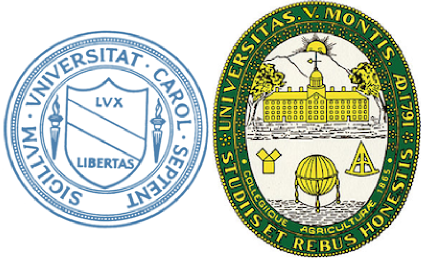 (1) North Carolina d. (16) Vermont
Both UNC and UVM suffer from overuse of Latin abbreviations. "Carol. Septent." is slightly clearer than "V. Montis," but ultimately UNC gets the win because Carolina Blue is a lot easier on the eyes than green and yellow.

(8) Creighton d. (9) Alabama
Alabama's woman with a globe and laurel is one of the best seals in academia, but, in a surprise upset,
their seal was no match for Creighton's 19TH CENTURY BEARD POWER. 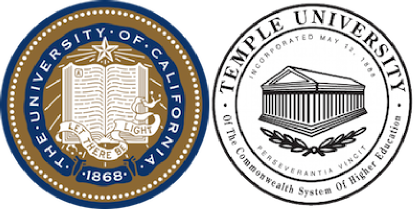 (12) California d. (5) Temple
Temple goes with the obvious choice of showing a temple, but the perspective is off and the symbolism is weak otherwise. Cal's use of multiple color gives them the edge over the very sparse B&W Temple design. 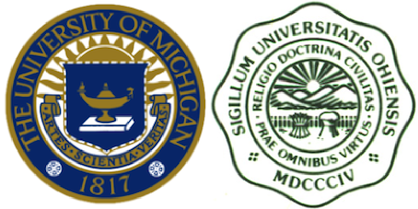 (4) Michigan d. (13) Ohio
Ohio's seal is based on the Great Seal of the state of Ohio and doesn't include any symbols of learning. It also looks like a partially deflated basketball. Michigan's use of academic symbols puts its seal on a higher level. 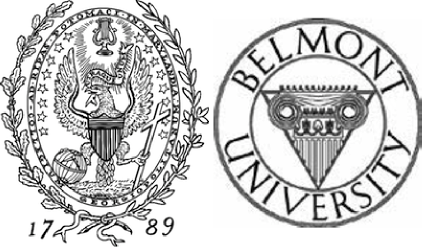 (3) Georgetown d. (14) Belmont
Belmont is one of those small schools that keeps their seals from being available on the Internet. They had no chance against Georgetown's 18th century busyness. The eagle is holding a globe and cross, for goodness's sake. 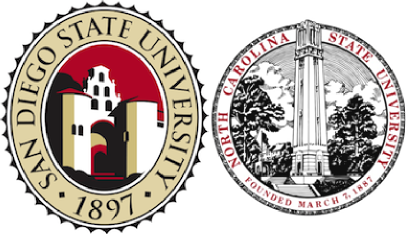 (7) Saint Mary's d. (10) Purdue
The symbol on Saint Mary's seal looks like some kind of...robo-gina? Even so, it's still good enough to defeat Purdue, because hobbits aren't good at basketball. 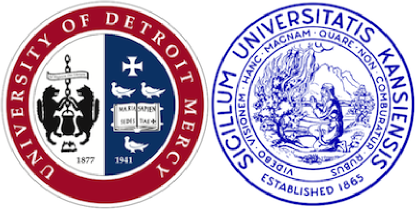 (15) Detroit d. (2) Kansas
UDM's seal is a combination of the former seals of the University of Detroit and Mercy College, and thus fits in double the symbolism. Kansas also uses a religious motif, which is strange for a state college, and Moses at the burning bush is not really symbolic of learning. Thanks to its use of multiple colors, Detroit pulls off the upset.

(8) Creighton d. (1) North Carolina
"Creightoniana" fell into a deep early hole against UNC due to their bastardization of Latin, but a second half burst of BEARD AND BOWTIE POWER propelled them to the Sweet 16. 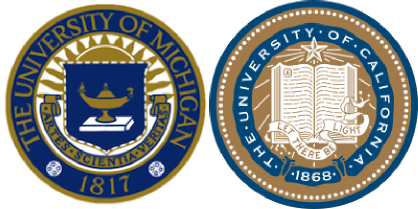 (4) Michigan d. (12) California
Two of the country's most prominent public institutions have similar styles to their seals, but Michigan pulls out the victory due to a cleaner design. Cal should regroup for next season by looking for a compass and protractor. 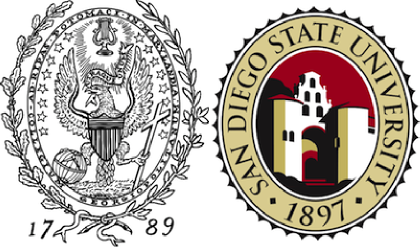 (3) Georgetown d. (6) San Diego State
San Diego State's seal is a sight to behold, but it lack symbolism. Georgetown's is so chock-full of symbols that the meaning of some is unclear: no one is quite sure why there are sixteen stars surrounding the eagle. However, the combination of patriotism, learning, and religion gives Georgetown a narrow victory of SDSU. 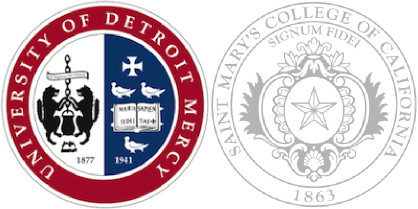 (15) Detroit d. (7) St. Mary's
On second thought, the Saint Mary's seal looks less like a robo-gina and more like goatse. I can't believe I missed it when I was looking for the most unintentionally hilarious seals. Detroit Mercy wins in a rout.

(4) Michigan d. (8) Creighton
Creighton's 19TH CENTURY BEARD POWER would have been enough to topple Michigan, but the Children of Yost came through in the clutch and countered the BEARD POWER with YOST POWER. 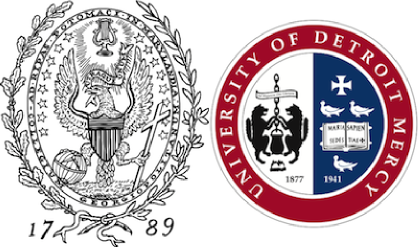 (3) Georgetown d. (15) Detroit
The text along the top of Georgetown's seal reads "Ad ripae Potomaci in Marylandia," or "on the banks of the Potomac in Maryland." That's a hardcore move to remind people that your school is older than the political jurisdiction in which it's located. Ultimately, that gives it the edge over UDM, whose seal just doesn't have the history behind it. 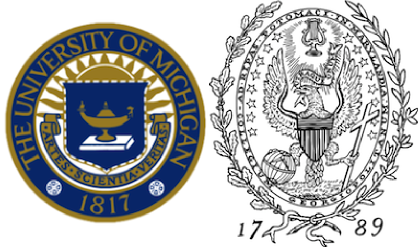 (4) Michigan d. (3) Georgetown
Many of the old east coast schools have incredible seals just packed with symbolism, but in the end they're only so much the human mind can process at one. Michigan's well-designed, two-tone seal in maize and blue edge out the not quite as well proportioned Collegium Georgiopolitanum. Through this utterly scientific analysis, Michigan is clearly on its way to the Final Four!
Posted by David at 4:07 PM